Hello There… Diana Hamilton here.. It is an honour to reach you through this medium.

I have been deeply moved by the ongoing discussion on the Grace of God, and in light of the uncountable manifestations of grace in my life, I am compelled to speak.

Before I go into details, I would like to share a simple secret of mine. One of the things I love doing besides singing and writing songs is to play the board game, Scrabble. I love Scrabble! I am a beast on the board! Another board game I desired to play but never mastered, was the game of Chess. I love the idea of making little, subtle moves that have significant impact at the end of the day.

Personally, my life is full of those little, subtle moves! As some may already know, my late father was a missionary to Sierra Leone for 6 years. This was perhaps the most eventful periods of my life. I had just completed Middle school (JSS) in Morning Star and did quite well on my board exam for high school. My score could have gotten me into any school of my choice in Ghana, however, due to lack of influence from anyone in the absence of my dad, I ended up in another institution. I was devastated for a while. To add insult to injury, most of my friends who had much lower scores were flaunting their admission into their first choice schools. Little did I know that God had a plan for me at my new school. I had no idea that God, the Master Chess player of my life was making one of His moves!

I found out that the High school that I initially disliked had a robust music program and an excellent school choir! I had been singing since the age of six (6) but I was clueless about music. Yet at this High school, I gained a tremendous knowledge in music. Also, God gave me such goodwill with the principal who allowed me the flexibility to sing professionally alongside my academic work. In fact, my first appearance on the national stage was when I sung “Kept by the power of God” with Francis Adjei in 1995 when I was still at school.

When I graduated from high school, my initial interest was to go to a major university to study what I perceived then as one of the more exciting disciplines such as medicine or pharmacy, architecture, etc. I remember sitting at the dining table with my dad discussing my options. Then my dad gets a visitor out of the blue. She was a known nurse in the church, paying a routine visit. Once she was briefed on the subject, she told my dad, “let her go to nursing school.” Nursing school? Me? The woman was so convicted and so convincing that I had to go along. Before I realized, I was sitting in a nursing school in Kumasi.

Well, the Master Chess Player had just made another little, subtle move but this time with unimaginable implications!

First the nursing school had a phenomenal choir and I had the chance to lead it! Then I met my best friend in life who has been my right-hand woman till today! One random day, I step out of our dining hall, and a man calls me to say, “hey, I love your song with Francis Adjei, I have played it over and over” He later introduced himself as David. Well, David has been my producer for the past 15 years!

That was not the end. While in nursing school, I had the chance to rotate through Komfo Anokye Hospital, in Kumasi. While there, I met this young physician trainee. He introduced himself as Joe and said he liked me. In my mind, I’m thinking, “gentleman, please focus on your training.” But he was persistent, we fell in love and later got married! That was the best decision in my life!

Finally, with my nursing career, I was able to secure a permanent legal stay in the UK. In my heart, the better place to go would have been the US. After all, I already had several siblings there. But the Master Chess Player had other ideas!

London, literally places me in the center of the music universe. I am a 2 to 6-hour train or plane ride to almost every major destination!

Today, if my voice is heard across the world, and the footprint of my ministry can be found everywhere, I dare not take the credit, but give all the praise to this Master Chess Player!

While I was questioning what I was doing in a nursing school, the all-knowing Chess Player knew my husband will one day be a physician who will own a practice in London, and was going to need a nurse!

To me, Grace is God taking full ownership of my life and manipulating events and circumstances to fit His glorious end for me!

Some will call it providence. I call it grace! Grace is God giving me exceedingly abundantly beyond what I ask or imagine even when I don’t deserve it! (Eph 3:20 ) Never in my wildest dreams did I think I will continue holding the microphone 15 years after my initial album, considering the high turnover rate of the gospel industry.

Nothing in my past makes me deserve the loyal people God has surrounded me with all these years! I can never on my own accord work myself unto the stages I have mounted over the years.

And surely, not even on my best day, could I have selected the kind of husband and children God has blessed me with.

Now, I cast my eyes across the Chess board of my life, and all I see is Grace! I see moves by a Master Player; moves I can never wrap my mind around.

Today, I encourage you to trust the Master Chess Player of your life! Tell Him you are the inanimate pin on the board. Let Him do the thinking and move you whichever direction He pleases. In the end, the virtue in Him that causes Him to give us things we don’t deserve, that amazing grace, will bring you blessings beyond your wildest imaginations!

Narrated by Diana Hamilton, written by

Sam Antwi
Amazing Grace Series
What Grace looks like to me! 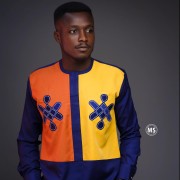 Elijah The Worshipper’s Interview with Zion Felix Wasn’t Fabricated It Was A True Story To Inspire The Youth – Italy Based Ghanaian Musician Jahbless K.S.A Reveals